Kenneth Clark was the first African American to earn a doctorate in psychology at Columbia University and to serve as president of the American Psychological Association.  Mamie Phipps began studying self-perception in black children as a graduate student at Howard University, where she met and married Kenneth Clark. She became the first African-American woman and the second African American (after her husband) in Columbia University's history to receive a psychology doctorate. It was her work on the way black children seemed to prefer white dolls to black ones that particularly impressed the Supreme Court justices.

The research of Kenneth and Mamie Phipps Clark challenged the notion of differences in the mental abilities of black and white children. In 1946, the Clarks founded the Northside Center for Child Development in Harlem, where they conducted experiments on racial biases in education. Their findings were presented at school desegregation trials in Virginia, South Carolina, and Delaware. In 1954, in a famous footnote, those findings were cited in Brown v. Board of Education of Topeka, Kan., the landmark Supreme Court decision that ruled public-school segregation unconstitutional. 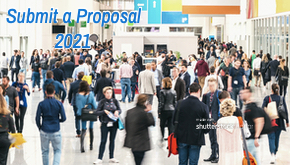